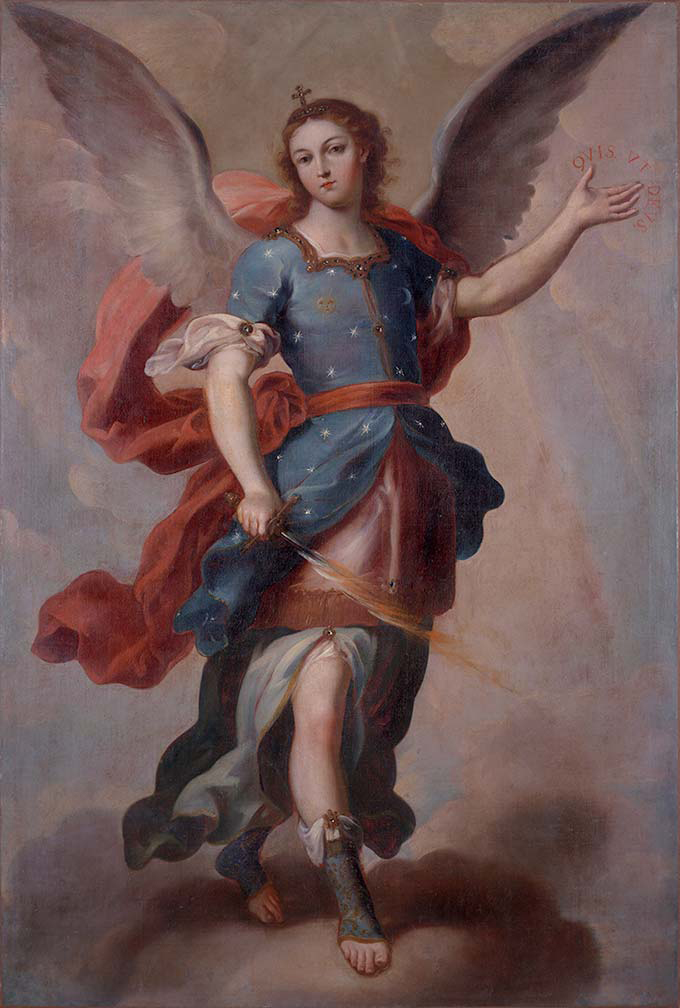 Organized by the Museum of Biblical Art, New York, and Art Services International, Alexandria, Virginia, this exhibition is drawn from the private collection of Patricia Cisneros, and the Cisneros Foundation, established in the 1970s to enhance appreciation of the diversity, sophistication, and range of art from Latin America, and to advance scholarship of the material culture of the Ibero-American world, ranging from the ethnographic to the contemporary.

Some 50 works of art are included in the exhibition. In addition to art produced in situ for the Spanish American market, luxury objects imported from Asia to the Caribbean are also included. The paintings, sculpture, furniture, and silver are organized into three categories: Art for the Church, Art for the Home, and Art for Private Devotion. The strength of religious belief and the institution of the Church provide an unmistakable theme for the wide range of artistic styles and materials on display.

Spain, a formidable colonial power, kept a strong grip on its colonies in the New World through a combination of military might and religious teachings. The wealth and prosperity of these colonies can be seen through the devotional artwork created within and imported to them. A culture of artistic devotion blossomed in the commercial networks of the colonies, allowing for the major production of religious works of art for a range of practices and people. The production and trading of this art during the colonial period centered on high-end pieces for churches, the local nobility, and wealthy individuals. However, more affordable—and less refined—artwork, used for decoration and cult practices in the homes of people of lesser means, were also produced in large numbers. Taking stock of this wide range of artistic production, the exhibition offers an exceptional opportunity to learn more about the daily life and religious practices of colonial Latin America.

A thriving network of artistic production and distribution kept European artisanal traditions alive in the New World in the 18th and 19th Centuries. Painting, sculpture, furniture and decorative objects made of rare and valuable materials appeared among all of the countries of the Spanish Caribbean. Trade routes linked port cities such as Caracas, Maracaibo, Cartagena, San Juan and Havana to Veracruz and Campeche, in the Gulf of Mexico, to points as far away as the Canary Islands, on the route to Spain. The great capitals of Spanish art, however, were inland: Mexico City, Lima, and Cuzco. Spanish American colonies also traded with England, France, and Holland—Spain’s imperial rivals—thus establishing the Caribbean as part of a truly global network of commercial and artistic exchange.

While artistic practice was regulated by guilds and based firmly on European traditions, the luxury and rarity of raw materials in the Caribbean distinguished works produced by South American artisans. Gold, silver, and rare wood varieties with colors and grains of unmatched richness were available in the New World. Local pigments like cochineal red gave works an almost startling freshness and vitality. Artisans worked to produce the finest craftsmanship with these materials to compete with the luxury goods being imported from Spain. Many works were sold locally, but there was also an extensive trade market that would bring paintings and devotional objects across huge distances before they reached their intended home. The works on view highlight the power of religion in the lives of the people of the Spanish Americas and show the scope and finesse of local artistic masters.