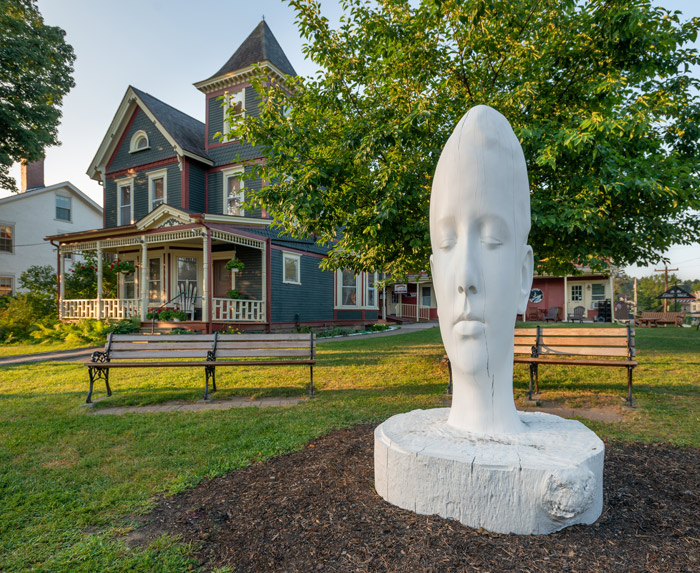 “Exposed” is a long-standing annual outdoor sculpture exhibition in Stowe. Hosted by Helen Day Art Center, “Exposed” was initiated by two Stowe artists, Christopher Curtis and John Matusz, to bring what was Vermont Outdoor Sculpture Exhibition off the lawn of Helen Day Art Center and into the village of Stowe to “expose” the artwork of both emerging and established artists to a greater public.

Jaume Plensa was born in 1955 in Barcelona, where he studied at the Llotja School of Art and Design and at the Sant Jordi School of Fine Arts. Since 1980, the year of his first exhibition in Barcelona, he has lived and worked in Germany, Belgium, England, France, and the United States. He currently lives and works in Barcelona. The artist has received numerous national and international awards, including the Medaille de Chevalier des Arts et des Lettres, awarded by the French Ministry of Culture in 1993, and the Government of Catalonia’s National Prize for Fine Art in 1997. In 2005, he was invested Doctor Honoris Causa by the School of the Art Institute of Chicago. In Spain, he received the National Prize for Fine Art in 2012 and the prestigious Velázquez Prize for the Arts in 2013. A significant part of Plensa’s work is in public sculpture, which is installed in several cities in Spain, France, Japan, England, South Korea, Germany, Canada, USA, etc. The Crown Fountain, which was unveiled in Chicago’s Millennium Park in 2004, is one of Plensa’s largest projects. 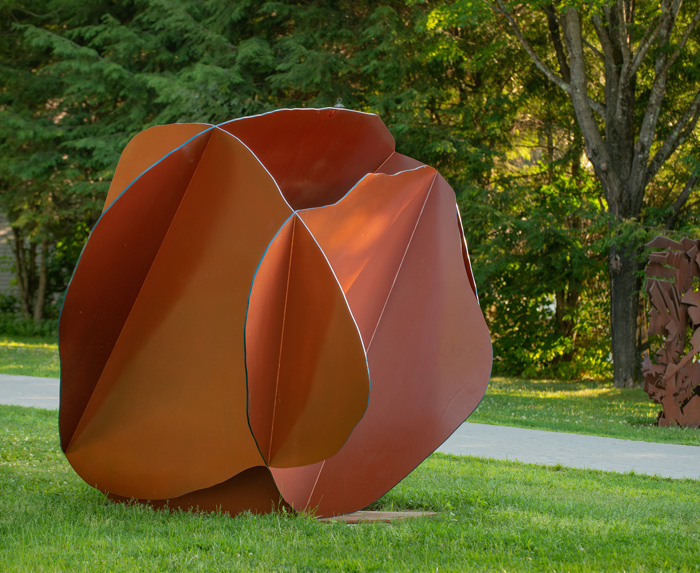