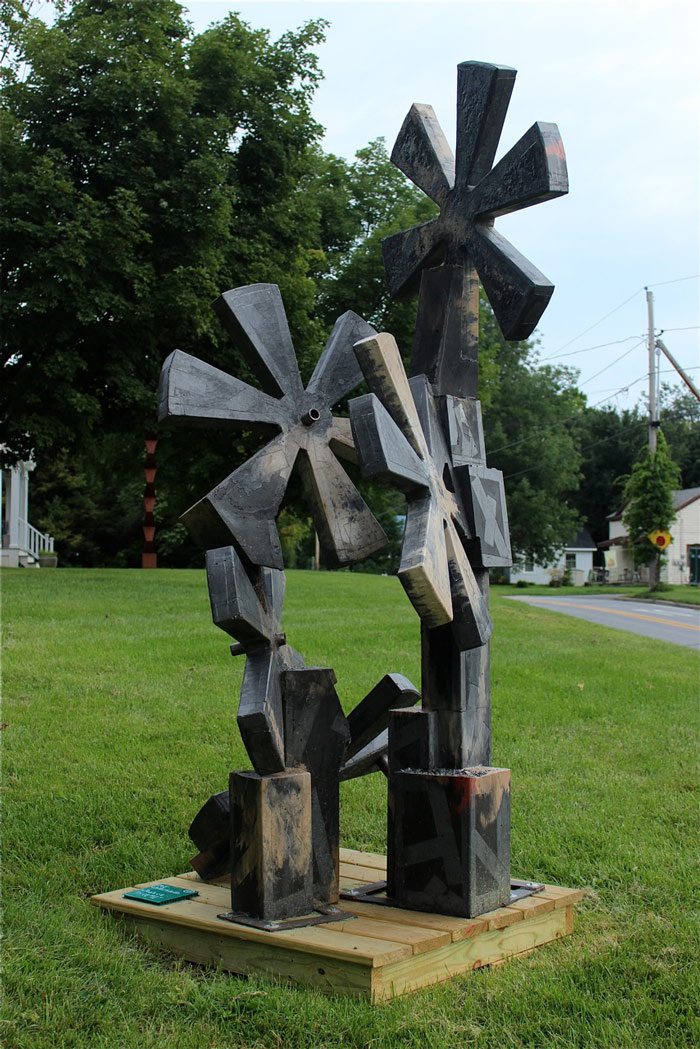 The show is also sponsored in part from the Fund for North Bennington and the Sage City Syndicate and has been curated by Joe Chirchirillo for the past four years.

The show had its beginnings when local mason, Joe McGovern, asked Willard Boepple, local sculptor, to install a few works on open land next to his shop and garage. Willard was also a sculpture professor at Bennington College and thought it would be a great opportunity to showcase the works of his students. Anthony Cafritz, founder of Salem Art Works, was a student at the time, and took over curating duties for several years. The students brought a sense of fun to the exhibit, siting experimental sculpture and performance pieces. Other local sculptors involved during the early years included John Uphlett, Fred X Brownstein, and Stephan Fowlkes. The openings were typically big and raucous affairs with students past and present and local artists showing their work, enjoying hot dogs and cheap beer. 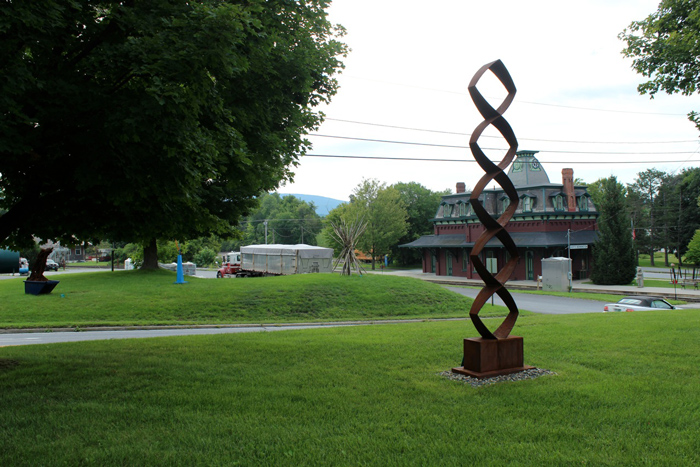