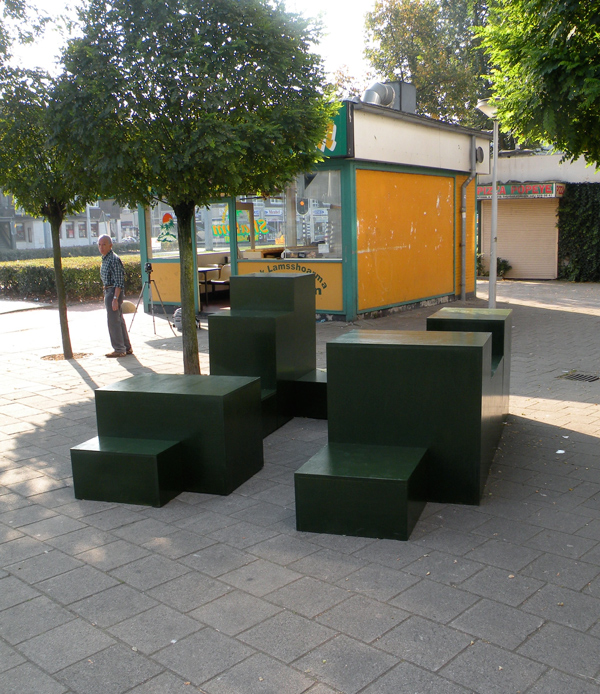 Tom McGlynn invites the viewer to interact with his artwork by distilling images and presenting them sequentially. He works in painting and sculpture. 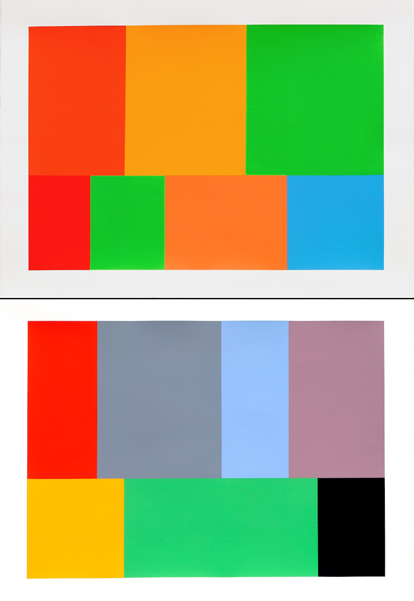 In the series of paintings, “Test Patterns”, McGlynn presents a series of color fields that remind the viewer of the images television broadcasters transmit when there is no programming.

The paintings conflate the symbolic template of the eye’s mechanical calibration of color with spontaneous color field interaction. The result suggests a newer use for painting.

In his sculpture practise, he plays with the ostensible “purity” of minimalism to shape a space for social engagement.

The site specific installation, Rotterdam Stages, works as both a formal series of structures and an inviting sitting space. McGlynn identifies this work as “social sculptures”, borrowing the term from Joseph Beuys as both homage to and an extension of the possibilities of a publicly interactive, social art.

Tom McGlynn is an artist, writer and educator based in New York City and Vermont. His art is represented in the collections of the Whitney Museum, The Museum of Modern Art, and The Cooper- Hewitt National Design Museum of the Smithsonian.  His work has been reproduced for the cover of Artforum magazine and featured in articles in the New York Times.  His most recent commission was the public sculpture, Rotterdam Stages, installed in the city of Rotterdam, Netherlands.